Jesus’ Way of Dealing with Anger

What do we learn from Jesus about anger in the Bible? Jesus’ way of dealing with anger is quite different than what we think today.

If we learn to deal with anger in the way that Jesus taught and modeled we’ll find that we’re living more and more in God’s peace. The way of Christ helps us to forgive, find security and strength in God’s love, be a blessing to others (even those who are difficult), and resolve relationship conflicts. But we need to be careful in our interpretations of what Jesus is saying and not saying because he is often misunderstood!

(All Bible verses are from the NIV84 unless noted otherwise.)

Don’t let anger control you; address it in love

“I tell you that anyone who is angry with his brother will be subject to judgment. Therefore, if you are offering your gift at the altar and there remember that your brother has something against you, leave your gift there in front of the altar. First go and be reconciled to your brother; then come and offer your gift. Settle matters quickly with your adversary” (Matthew 5:22-25).

Jesus is not saying that the emotion of anger is sinful. He is saying that anger is dangerous and to be careful!

Stand before the Lord as your gracious Judge and ask yourself: “What am I angry about? Why am I angry? What is an honest and gracious way to deal with this?” Then seek to resolve the conflict that angers you ASAP and do so in love. This is so important that you may need to interrupt a sacred ritual or a time of prayer (Matthew 5:23-24).

Be the first to say “I’m sorry” or to offer empathy and compassion. Of course, this is not fair, but do it anyway because God does it for you. You can “Forgive as the Lord forgave you” (Colossians 3:13).

“Love your enemies, bless those who curse you, do good to those who hate you, and pray for those who persecute you, that you may be sons of your Father in heaven. He causes his sun to rise on the evil and the good, and sends rain on the righteous and the unrighteous” (Matthew 5:44-45).

If we give in to angry feelings and justify them the next thing we want to do is to act on them and get even. Jesus’ point here is don’t seek revenge; God is gracious with you so you be gracious to others. Treat conflict and injustice as an opportunity for God to bring out the best in you, not the worst, for you to grow in your capacity to share the kindness of Christ.

Get help for your problem before you help another

“Do not judge, or you too will be judged… First take the plank out of your own eye, and then you will see clearly to remove the speck from your brother’s eye” (Matthew 7:1, 5).

When someone has a speck in their eye it hurts. They need help getting it out. But you’re in no position to help when you have a log in your own eye!

Usually when we’re angry we have a log in our own eye that needs to be dealt with. Get help understanding and overcoming the issues in your life – like control, self-righteousness, and unforgiveness – that underlie and arouse your anger. Then you’ll be able to see clearly and act compassionately.

Examples of Jesus Responding to the Pharisees’ Anger

Let’s look at how Jesus applied his own teachings to the way he dealt with his conflicts with the religious leaders who repeatedly criticized, manipulated, attacked, and abused him.

Know When You Need to Withdraw

The Pharisees plotted to Jesus him after he healed a man with shriveled hand on the Sabbath so he withdrew (Matthew 12:9-15).

The Pharisees pressured Jesus to show them a sign from heaven to prove himself. He told them they were missing the signs right in front of them. He said their request was evil and the only sign they’d get was that of Jonah. Then he walked away (Matthew 16:1-4).

They picked up stones to stone Jesus when he proclaimed, “I and the Father are one.” He confronted them for wanting to stone him when he’d done so many wonderful miracles. When they came after him he escaped (John 10:22-42).

Pause in Quiet to Pray and Think

They tried to trap him into contradicting the law or his message of love by bringing him a woman caught in adultery and asking permission to stone her according to the law of Moses. Amazingly, Jesus paused for a long silence and then with great wisdom he affirmed law and grace by inviting whoever was without sin to throw the first stone. They all walked away confronted by their sins and Jesus released the woman (John 8:1-11).

They accused him of being in league with the devil after he delivered a possessed man. Jesus calmly explained that their was a war between the Kingdom of God verses the kingdom of Satan, good verses evil, he and his followers versus them (Matthew 12:22-37).

The Pharisees criticized Jesus and his disciples for picking heads of grain on the Sabbath. Jesus asked them if they’d read the Scriptures that demonstrate that the Sabbath is about God’s mercy, not sacrifice (Matthew 12:1-8).

They challenged him by asking, “By what authority are you doing these things?” Jesus said he’d answer their question after they answered his question about whether John’s baptism came from heaven or men. They refused to answer because Jesus caught them in their own trap. If they said John who pointed to Jesus was from men then the people would be mad at them, but if they admitted that John was sent by God then they were admitting that Jesus was too. So Jesus didn’t answer them (Matthew 21:23-27).

Use a Story to Get your Point Across Gently

The Pharisees condemned Jesus for letting a prostitute sit at his feet crying, washing his feet with her tears and anointing them with perfume. Jesus told them a story that honored the woman for showing much love because she’d received much forgivenss and confronted the Pharisees for showing little love because they’d received little forgiveness (Luke 7:36-50).

They slandered him for accepting and eating with sinners and so he told them parables that highlighted God’s grace for the lost (Luke 15).

Be Prepared to Speak the Truth in Love

They badgered him on the issue of divorce in an attempt to make him look bad: “Is it lawful for a man to divorce his wife for any and every reason?” Jesus reminded them of the sacredness of God’s original plan for oneness in marriage and then confronted them for mistreating women (Matthew 19:1-9).

The Pharisees questioned Jesus in an illegal trial, spit in his face, punched him, slapped him, and mocked him as a helpless prophet. Jesus silently accepted their mistreatment. Then he calmly confronted them for ganging up on him secretly and for abusing him when he did nothing wrong (Matthew 26:57-67, John 18:19-24).

The Pharisees sent a crowd armed with swords and clubs to arrest him. Jesus walked up to them and said, “I am he” and they all fell back to the ground. Peter struck a soldier with his sword, cutting off his ear. Jesus healed the soldier’s ear, commanded his disciples to put away their swords, let them arrest him, and confronted their unfounded and improper attack (Matthew 26:47-56, John 18:1-11).

They watched him being crucified and he said, “Father, forgive them, for they do not know what they are doing.” They sneered at him, “He saved others; let him save himself if he is the Christ.”

In Prayer Submit to the Father

Jesus has a lot to teach us about dealing with anger, injustice, and conflict in loving ways in the Sermon on the Mount, but his teachings are often misunderstood. I cover these teachings in my booklet Jesus’ Greatest Teaching: Living the Sermon on the Mount. It’s great for personal devotions, disciple-making or spiritual coaching, and small groups. 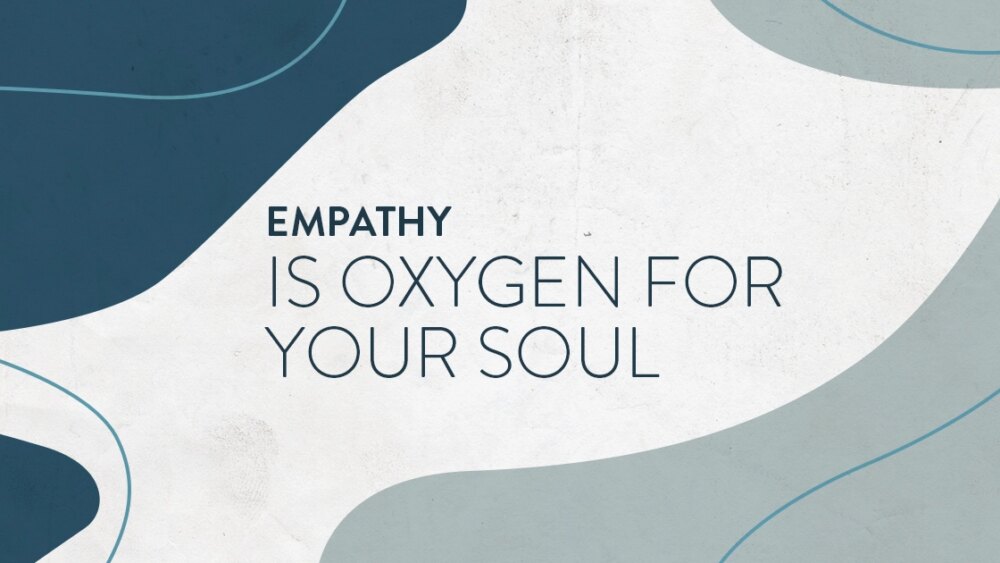 Empathy is Oxygen for Your Soul 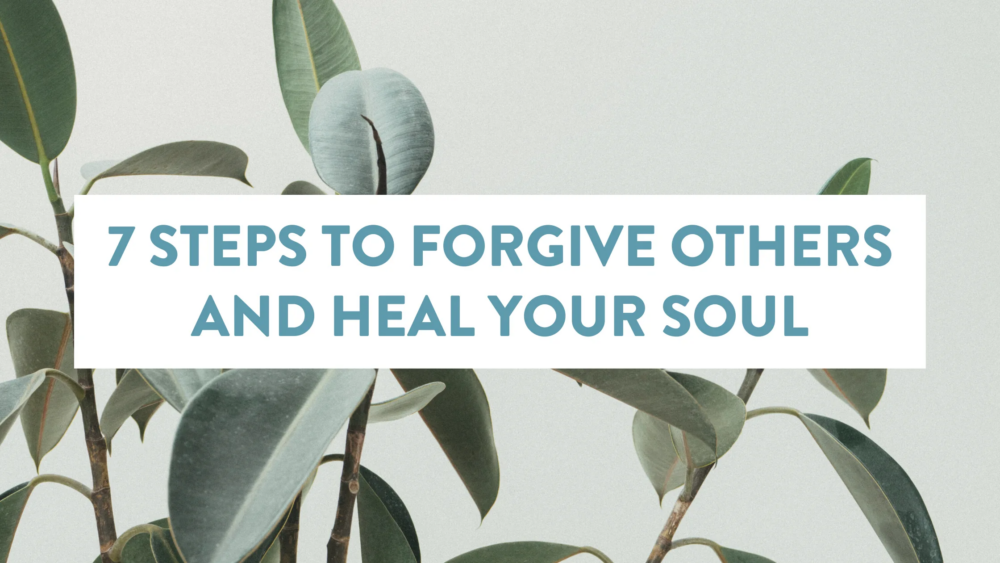 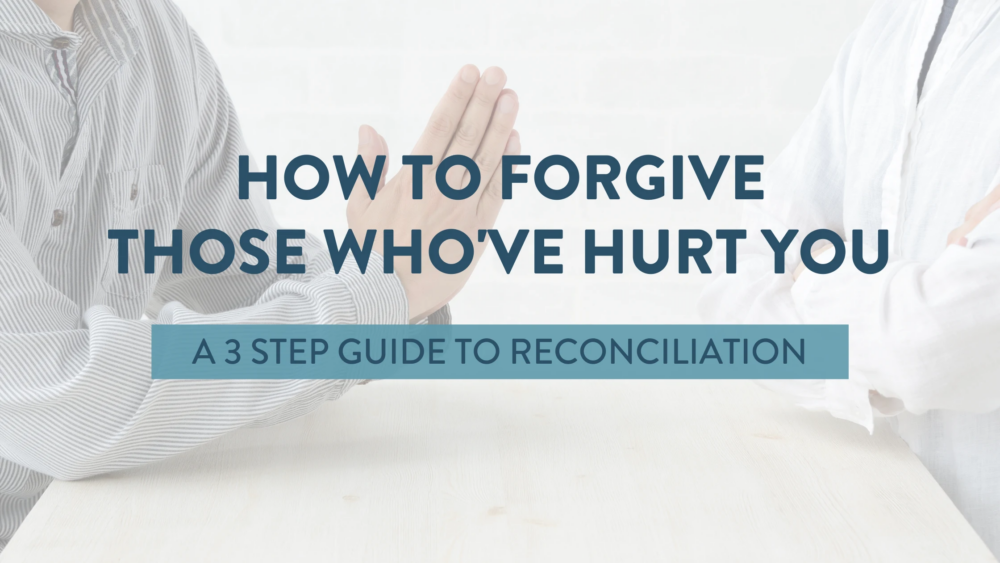 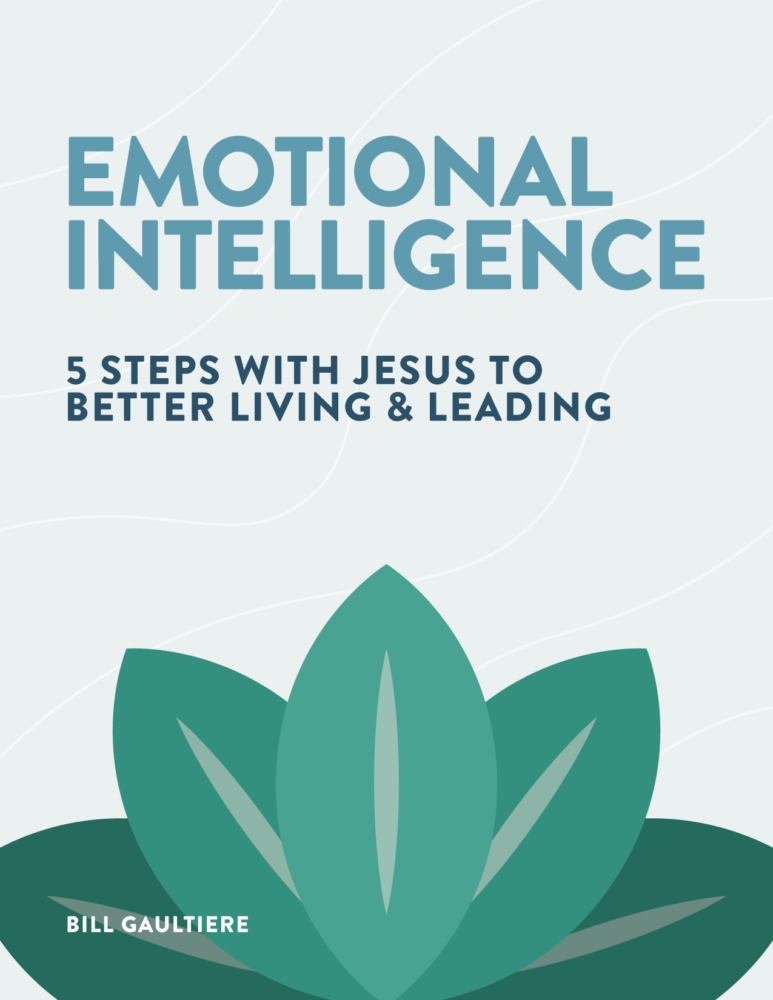