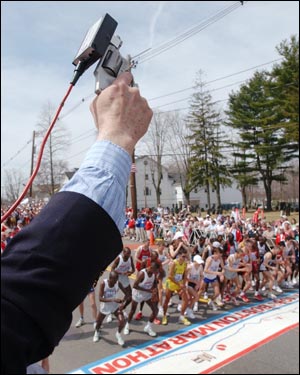 I stood at the start line of the Boston Marathon poised and ready to go. I had dreamed of running this race since I ran my first marathon at age 18, over 30 years ago. It was finally here!

I was one of 26,656 runners from around the world who had qualified and we were all jammed onto the same street. Half a million people were lining the streets along the route watching and there were millions more on television or the Internet. Many of my family and friends were receiving alerts on my progress. The energy of the moment was phenomenal!

It was the race of my life! It could have ended my life.

What was so dangerous about my Boston Marathon race? The “Triple H Threat” of heat, humidity, and hills! Temperatures on the course reached 95 degrees! Normally the temperature would’ve been in the 60’s. It was the 116th Boston Marathon and never had there been a race day so hot.

19% of the people registered for this race either backed out or dropped out. Almost 10% of the runners were treated for dehydration, heat exhaustion, or other medical problems. 152 runners were taken to the hospital, ten were in critical condition. During the race I saw many of these runners being carried away on stretchers while being attended to by doctors. I saw other runners fall down or stop in pain from an injury.

It was midday as I was running. The sun beating down on me. Sweat was pouring out from me. I felt thirsty (which never happens while I’m running). I felt myself getting weaker. I started to have difficulty breathing — the heat and humidity seemed to be sucking the oxygen right out of my lungs! I realized that I could be the next person carried off on a stretcher!

In Jesus’ Name — Not my Strain

My nature is not to let anything stop me from reaching a goal. As a young man I always forced myself to keep running no matter how I felt. I always hit the wall hard but kept running any way. One marathon I ran with blistered and bleeding feet.

My priorities have changed — running with Jesus is what matters most to me now. Many times in this race I repeated a little Breath Prayer I wrote: “In Jesus’ name — not my strain” (inspired by Psalm 20:7). This prayer helped me to abandon my goal for a fast finish time and take time to stop at every water station and walk while drinking one or two cups of water. (My wife and family are very thankful that I put safety ahead of speed!)

It’s easy in life to make the mistake of trying too hard or moving too fast. I’ve done it many times. Sometimes I still fall back into that pattern. Relying on Jesus with you instead of straining to make something happen is the secret to a happy and effective life.

I recited the book of Philippians in my mind over and over while I ran. Over twenty times in four chapters Paul urges his readers to rejoice. It’s the happiest book in the Bible and yet Paul was chained to a prison guard when he wrote it. In the worst of circumstances he had the greatest of joy because he was with Jesus in the kingdom of the heavens.

“Rejoice with me… Rejoice in the Lord… Rejoice always!” (Philippians 2:18, 3:1, 4:4). As I ran I continually returned my focus to rejoicing in the Lord instead of feeling bad about how sore my legs were or wishing I could be done with the race. The words of Scripture helped me to rejoice in the Lord Jesus with me.

Everyday has problems and pains in it. My mind used to be full of my worries, complaints, and strategies about these things. Now I meditate on Scripture to help me rejoice in the Lord. By doing this in the many “empty spaces” throughout the day (like getting ready in the morning, driving alone in the car, walking into a store, waiting in line, or laying in bed at night) it helps me to rejoice in the Lord in stress or pain too.

I Kiss you, O Christ!

As you approach mile 13 of the Boston Marathon you hear an incredible wall of sound. You can’t see it because of the trees and the bend in the road. It’s the girls from Wellesley College shrieking in high pitched voices, “Kiss me! Kiss me!” As you enter the 1/4 mile long “Scream Tunnel” there are thousands of girls lined up and leaning over the fence puckered up. Many hold signs saying things like, “Kiss me! I’m French!”

I saw lots of the men in the race pull over for a smooch. Some stopped to get their picture taken as they kissed one of the girls. A woman runner said to me, “There’s your chance. Go over and get your kiss!” I replied, “No thanks. I’m happy with my wife!”

A few miles later I got my kiss! Kristi had found her way through the mob of spectators to watch for me and with God’s help we were able to see each other — even though she was in the middle of a crowd on the far outside edge of where the road turned. I veered way off course and ran straight into her arms for a hug and kiss!

The greatest blessing of my marriage is that Christ is in the middle of it and that’s what I was thanking God for as I ran by all those screaming college girls. Instead of looking at pretty girls or thinking about getting a kiss from one of them I kept praying a little abiding prayer I wrote inspired by Psalm 2:12, “I kiss you, O Christ.”

Intimacy with Jesus is what makes life sweet. Abiding in Jesus is the only way to bear fruit that lasts (John 15:1-17).

I Lift up my Eyes to the Hills

The Boston Marathon is famous for Heartbreak Hill. Many a marathon dream has died on that hill. The whole course is very hilly and this one occurs at mile 21 after many runners have already hit the wall. It’s the last of four steep and long hills that start at mile 16. It’s easy to get intimidated!

God helped me to reframe this situation. “Reframing” is a therapeutic technique that I learned when I was getting my PhD in Psychology. The basic idea is to change your perspective in a negative situation to focus on something positive. So instead of dreading the hills I prayed, “I lift up my eyes to the hills — Where does my help come from? My help comes from the Lord, the Maker of heaven and earth” (Psalm 121:1-2). Instead of complaining about the hot sun I prayed, “The Lord watches over you. The Lord is your shade at your right hand. The sun will not harm you… The Lord will keep you from all harm” (Psalm 121:4-7).

No circumstance in life is negative when we bring it into the kingdom of God and look to the risen Christ with us. The rule of the Lord Jesus over us is good. He has an “easy yoke” for us to step into (Matthew 11:28).

Surrounded by a Great Cloud of Witnesses

Something I’ll never forget about running Boston was the experience of having so many people cheering for me. For 26.2 miles I was never without lots of people on both sides of the road clapping and shouting out encouraging words. Not only this, but people were doing whatever they could to help us runners. They set up their own water stations in between the official ones that were at each mile marker. They handed out wet towels, orange slices, and salty pretzels. Others sprayed mists of water to cool us down. Firefighters even opened up the fire hydrants!

There were people holding up signs with Bible verses on them. One held up Hebrews 12:1: “Since we are surrounded by such a great cloud of witnesses… let us run with perseverance the race marked out for us.” As I meditated on that verse it occurred to me that the crowd support for the marathon was a representation of life in God’s Kingdom. If we open our eyes to see spiritual reality, like Elisha and his servant did (2 Kings 6:17), then we realize that in daily life we are surrounded by ministering angels, friends in Christ, and the examples of departed saints.

Right now the great cloud of witnesses is cheering for us! Lord Jesus, open our eyes! Open our hearts! Help us to live in terms of your kingdom of the heavens in our midst.

As I approached the finish line through the city streets of Boston to the sound of thousands of people cheering I prayed with Paul, “I press on toward the goal to win the prize for which God has called me heavenward in Christ Jesus” (Philippians 3:14).

I finished in 3 hours and 55 minutes, over 30 minutes slower than my previous marathon that had qualified me to run in the world’s elite marathon. The heat humbled me. But instead of being disappointed in my time I am choosing to be thankful for my opportunity to run — and finish safely — with Jesus! 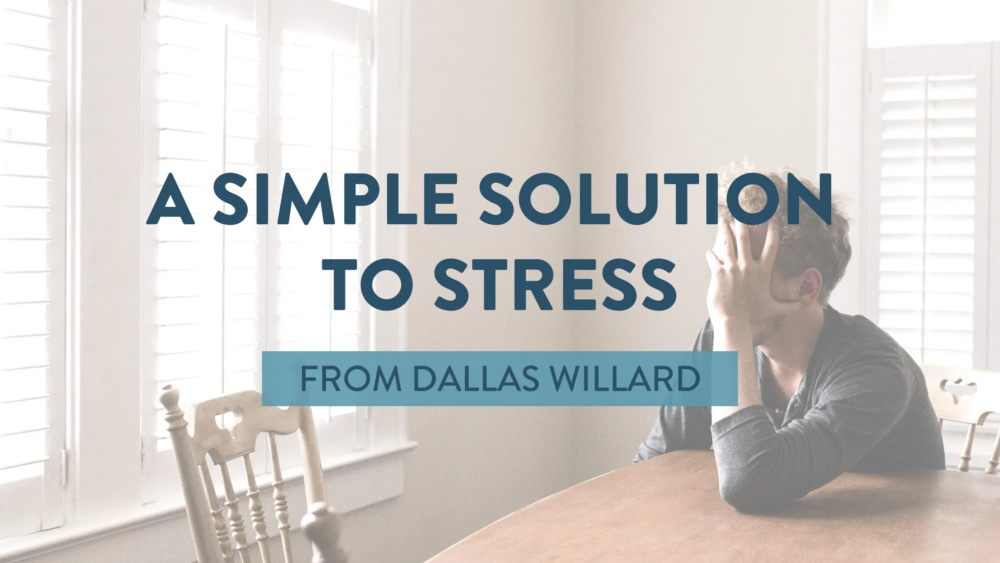 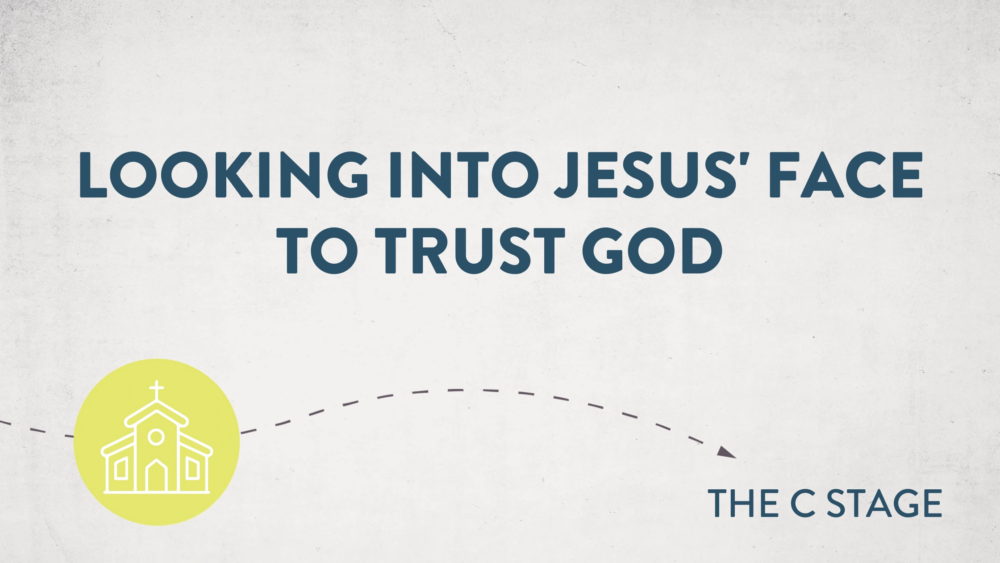 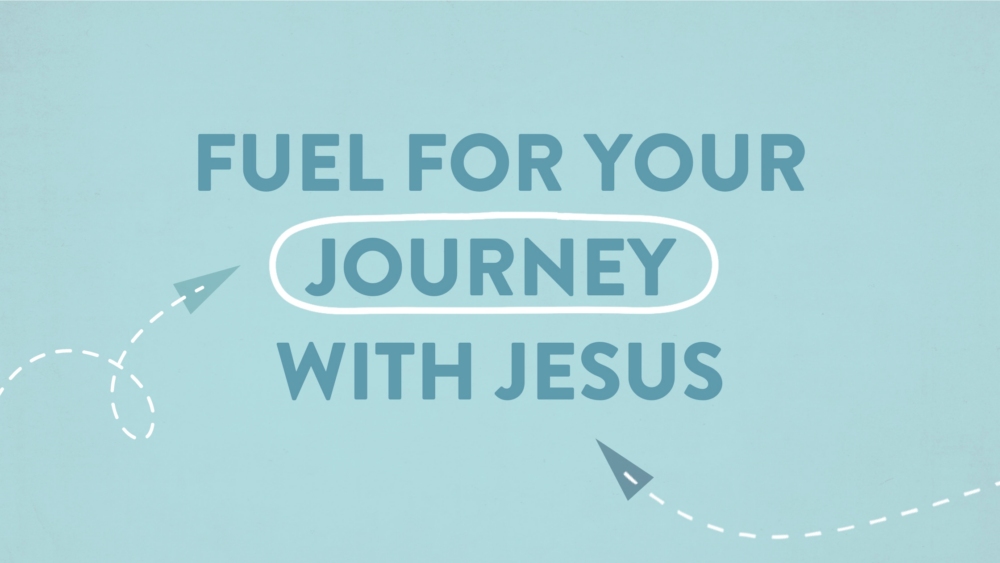 Fuel For Your Journey With Jesus